My opinion on 6 bad opinions

As is common at times like these, the Internet has become a breeding ground for impulsive opinions on a very serious subject: gun control. I’ve held my tongue (for the most part) over the past few days because few good arguments are ever presented in 140 characters. I believe there is a valid discussion to be had on this topic and there are thoughtful, important points on both sides. Unfortunately, thoughtfulness is a sinking ship when it comes to the Internet. I’ve decided to address 6 of the most ass-backwards talking points I’ve seen thus far. 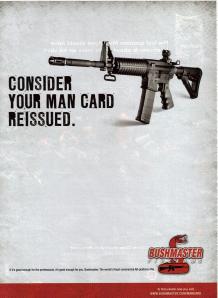 1. “If that kindergarten teacher had been armed, this could have been avoided. We need more guns in kindergarten classrooms.”

If you had said one week ago, “kindergarten teachers should all have guns,” you would be laughed out of the room. But today, we have citizens and even lawmakers calling for more deadly weapons in a place of learning. People mourn the death of civility in this nation, while at the same time clamoring for armed guards in our schools.

The argument that more guns increase our safety is fear-based rationale. By that line of thinking, we should be the safest nation in the world with our nearly 300 million privately-owned guns. And yet we rank 12th on the list of gun-related deaths each year, one spot below South Africa.

2. “Cars kill more people than guns every year, why don’t we ban them too?”

Because cars are designed to transport people from point A to point B; Guns are designed to destroy. When operated properly, a car safely takes me from one location to another. When a gun is properly operated, something (or someone) gets shot. A gun is a tool of death and destruction, a car is a means of transportation (and an extremely highly regulated one).

3. “Jim Boeheim should shut up – why do I care what celebrities have to say about guns control? Stick to basketball!”

Indeed, how dare Jim Boeheim subject us to his modest, respectful opinion! He should just do what everyone else does and spew ignorant nonsense anonymously on the Internet.

The fact is, everyone is doing what Boeheim did: stating their opinion using their loudest microphone. We plebes use Facebook and Internet comments sections because they offer us the biggest audience. Boeheim used national television because that’s his biggest podium. He’s not making statements as a basketball coach; he’s giving us his opinion as an American citizen. I’m pretty sure there’s another amendment that protects his right to do that…

4. “Obama and the liberals have been looking for an excuse to take away our guns since day one.”

No one is calling for a complete confiscation of everyone’s guns (as if we could even orchestrate it). The NRA-fanatics’ greatest fear is that “the liberals” want to come take their guns, leaving them defenseless against the government, the minorities, and the gays. But I’ve seen no lawmaker express a desire to ban all firearms. Most liberals (and conservatives) seem eager to take a reasonable approach to curb the sale of only the most violent weapons on the market—weapons whose name alone insinuates mass carnage (“assault” rifles). You can still hunt, target shoot, protect yourself and compensate for any genital shortcomings with as many handguns, shotguns and hunting rifles as you want. You just won’t be able to spray 30 bullets at anything in a matter of seconds.

What the founding fathers really meant

5. “The constitution gave us the right to bear arms to protect ourselves against the government. They want to take our guns so we’re helpless against them.”

America spent almost $700 billion on our military last year. We have robots that can shoot a fly off a camel’s ass 10,000 miles away. We have enough bombs to kill every person on the planet two or three times over. We employ the most technologically advanced war machine humankind has ever seen. If you’re fighting against this military juggernaut, it’s not going to make much of a difference whether your gun holds 30 rounds or 10 — you’re fucked either way.

6. “Violent people will find a way to kill others no matter what. He could have done this with a knife or a pipe bomb.”

Good point — why don’t we legalize nuclear bombs and let everyone have one of those? Then when somebody blows up Rhode Island we’ll blame video games, mental health clinicians and the lack of God in our schools. Because nuclear bombs don’t kill people, people kill people.

I’ll admit, we cannot legislate against the evil inside some people. But no one can possibly believe that a man wielding a knife could have done this much damage. He might have done just as much damage with a pipe bomb, but such a bomb requires premeditation, time and a specific knowledge of explosives. The crime in Connecticut required none of those things. Guns don’t kill people, but more powerful guns facilitate more widespread violence.

And last I checked, you can’t buy a pre-made pipe bomb at Walmart.

3 thoughts on “My opinion on 6 bad opinions”